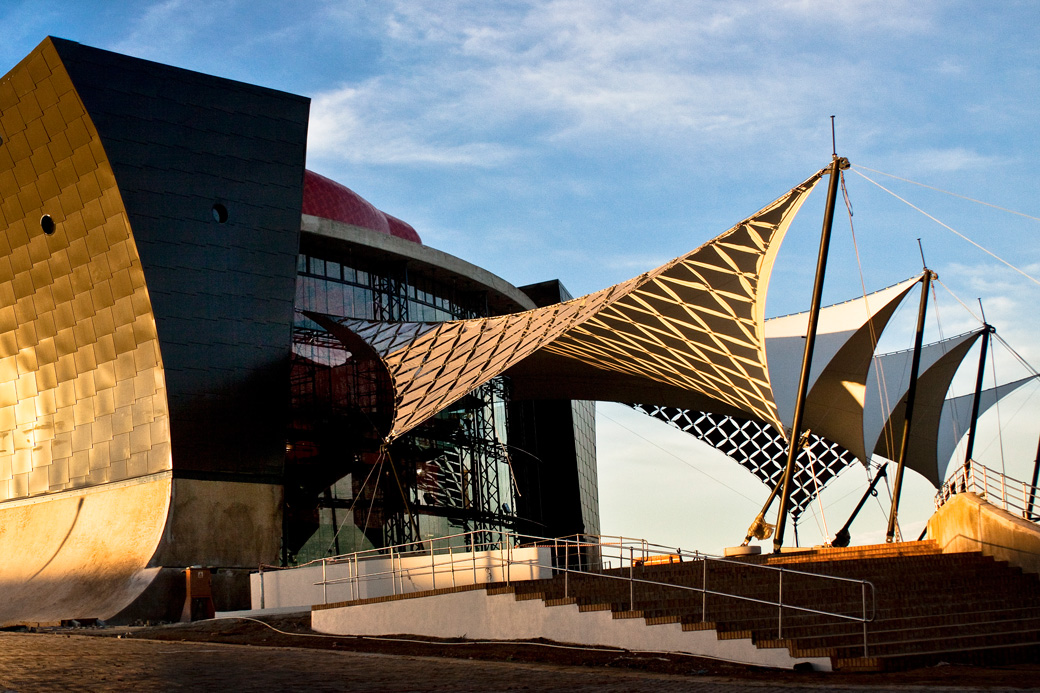 The iconic Soweto Theatre, in Jabulani Soweto is said to have changed the landscape of the area. Designed by Afritects, it has been hailed as an architectural masterpiece, and is described by the architects as a “culmination of both national and global best practices in theatre design”.
Tension Structures won the public tender to take on the significant task of erecting the tensile fabric structure which was to double up as both a covered entrance as well as an outdoor intermission area.
By proposing an alternative concept design, Tension Structures was able to offer the architects and the client a structure which saved them a third of the cost, and omitted the bulk of the heavy steel structure which was in the initial design. Instead, cables which extended through the three story glass façade of the entrance hall were secured above the open atrium. This minimised structural supports and opened up the entrance way.
The early morning and evening light leaves tessellated patterns on the other parts of the fabric and on the building surrounds, adding to the magic of the building as the audience approaches.