Due for completion in August 2016, Tension Structures will be undertaking a project at the new Garden City Mall in Zambia’s capital, Lusaka. This project is to be made using Serge Ferrari’s new fabric, TX30 – for the first time in Africa. TX30 boasts a useful design life in excess of 30 years, and has a significantly higher translucency than standard PVC fabrics.

A 3D render of the structures to be installed at the Garden City Mall, Lusaka by Tension Structures due for completion in August 2016.

As leading fabric structure engineers, Tension Structures transforms the skyline with a multitude of tensile structures that revolutionise architecture.

Choice of fabric is vital as life expectancy varies widely between fabric types, and the manufacturer is critical. Tension Structures’ abiding collaboration with Serge Ferrari ensures that the structures we produce ensure longevity.

Tension Structures will be manufacturing and installing the covered access walkways running throughout the centre of the mall, as well as structures at the entrances, covering a total area of 2,500 m2. 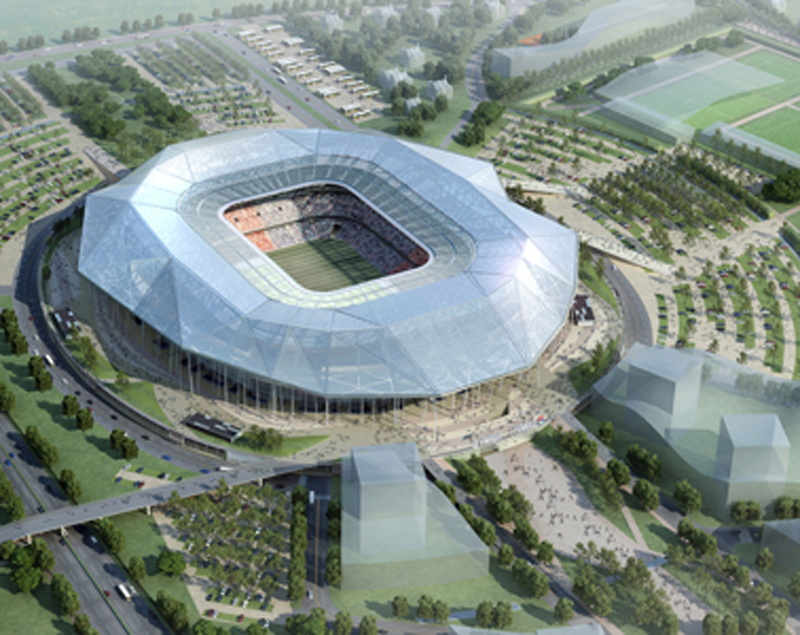 TX30 was used to cover the Lyon Rugby Stadium in France. Image supplied by Serge Ferrari.

TX30 benefits from Serge Ferrari’s Précontraint technology, where bi-directional pre-tensioning of the polyester micro-fibres provides greater dimensional stability and consistency, and, as it is flatter, it has a thicker protective coating at the tops of the fibres. This PVC protective coating formula is resistant to the erosion generated by weather aggressions such as UV, dust and rain. In addition, its top coating has a non-weldable Crosslink PVDF formula for additional durability.

Umbrellas and Gazebos this Summer!
Scroll to top